Representatives from aamra companies visited CommunicAsia 2012 for the 5th time in a row, which is the largest ICT event in Asia. The event was held at Marina Bay Sands, Singapore from 19-22 June 2012. CommunicAsia and EnterpriseIT2012 had staged a successful edition bringing ICT professionals from around the world under one roof.

aamra companies’ representatives visited pavilions and had strategic meetings with professionals of some of the largest IT companies in the world. During the event three international strategic partnership deals were signed with aamra companies. 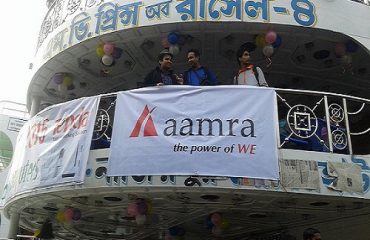