DNCC partners with aamra to set up Free WiFi hotspots 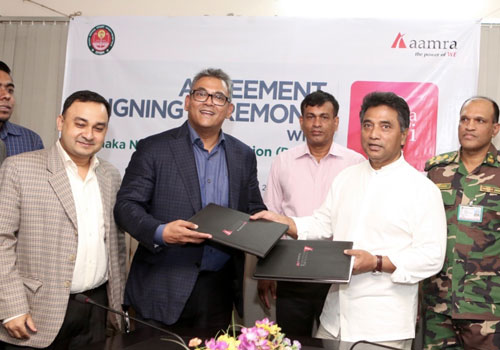 aamra will be facilitating DNCC with multiple WiFi hotspots under this agreement. Dhaka North City Corporation (DNCC) is profoundly driven by the grand vision of ‘Digital Bangladesh’, spearheaded by the Honourable Prime Minister. This spectacular mission is echoed by the Honourable Mayor of DNCCAnnisul Haq. aamra heady by its Managing Director Mr. Syed Farhad Ahmed is a strong believer and advocate of enhancing internet access and decreasing digital divide in Bangladesh. This initiative is a part of aamra’s ongoing WiFi project to provide 1500+ free WiFi locations by the end of 2016.

Dhaka North City Corporation (DNCC) Mayor Annisul Haq and the Managing Director of aamra networks limited Syed Farhad Ahmed were present at the signing ceremony along with other officials from both the companies.Sharful Alam, Chief Operating Officer of aamra networks limited and Brig. Gen. Mohd. Syeed Anwarul Islam, The Chief Engineer of DNCC, agreed upon the terms & conditions on behalf of their respective companies. 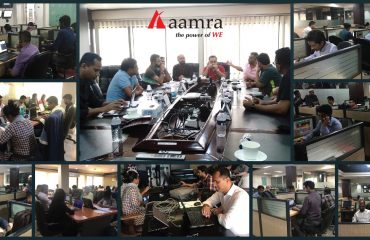 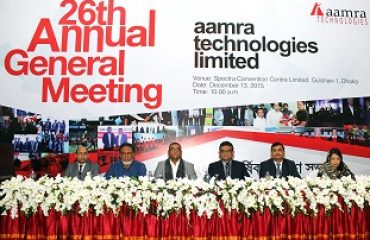 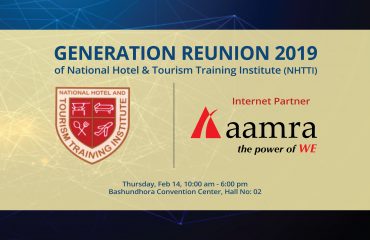 aamra is the Internet Partner for NHTTI Generation Reunion 2019