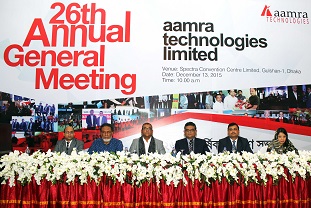 Gulshan, Dhaka – aamra technologies limited (ATL) has declared 10% cash dividend for its shareholders for the fiscal year 2015. This dividend approval was announced at the 26th Annual General Meeting of the Company held on Sunday, December 13, 2015. A large number of shareholders attended the meeting, which was presided over by the Chairman of the Company Syed Faruque Ahmed.

Syed Farhad Ahmed, Managing Director of the Company, in his welcome address, highlighted the company’s operational performance in fiscal year 2015, the positives of the year that will be carried forward to the next year that outlines the plans and programs that the company has set forth for boosting its operational efficiency and profitability in 2016.

“We expect more cooperation from you in the coming years, and I strongly believe this ever-growing company can reach even higher heights following your enthusiastic association,” said Syed Farhad Ahmed to all the shareholders.

Syed Faruque Ahmed further reassured all attendees that the company has kept up with its credo of excellence by providing its clients with the best possible services. Concluding the ceremony, he thanked the shareholders for their continuous trust and confidence in the company.

Office Suite has been listed at the Web Directory of Instant 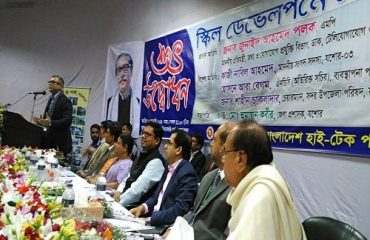