aamra technologies limited has declared 10% cash dividend for its shareholders for the year 2011. This dividend approval was announced at the 22nd Annual General Meeting of the Company held on Saturday, 3rd December 2011 at a local Convention Centre in Dhaka. A large number of shareholders attended the meeting which was pre-sided over by the Chairman Syed Faruque Ahmed.

Syed Farhad Ahmed, Managing Director of the Company, in his welcome address, highlighted the company’s operational performance in 2011 and outlined the future plans and programs undertaken by the company to boost its operational efficiency and profitability. 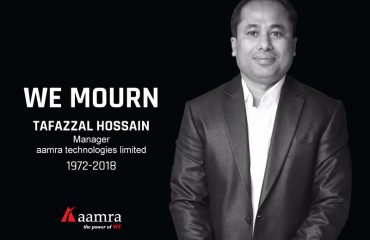