The 18th Annual General Meeting (AGM) of aamra networks limited was held on Thursday, December 26, 2019 at 10 a.m. at Delta Life Conference Hall, Gulshan, Dhaka. The meeting was presided over by Syed Faruque Ahmed, the Chairman of aamra networks limited.
At the AGM, the audited financial statements of the company for the year ended 2019, was presented before the shareholders by the Managing Director and CEO of the Company, Syed Farhad Ahmed. At the AGM he also stated “As we work to transform our business, we remain equally focused on our sustainability agenda, which forms an integral part of our strategy. Given the important role that sustainability plays in securing the future of our business, we are constantly seeking new ways to further improve our practices. Additionally, good governance has long been a key priority for the company, and we continue to strengthen our internal compliance programs to ensure transparent and responsible corporate behavior”.
Honorable Shareholders at the AGM declared 6% cash dividend and 6% stock dividend for the financial year 2019. Also, the audited accounts were approved by the shareholders unanimously at the AGM. And as per the company’s Articles of Association, the shareholders re- elected Syed Farhad Ahmed and Syeda Munia Ahmed as Directors of the company. The shareholders also approved appointment of Mr. Mahbub Mustafizur Rahman as Independent Director for the second term.
Director Syeda Munia Ahmed, Independent Director Mahbub Mustafizur Rahman, Chief Financial Officer Md. Anamul Haque and Company Secretary Syed Moniruzzaman were also present in the meeting.
In the closing remarks of the meeting, both the Chairman and the Managing Director of the company acknowledged and expressed their deepest gratitude to the shareholders for their cooperation and contribution for rendering success and continued growth of the company. 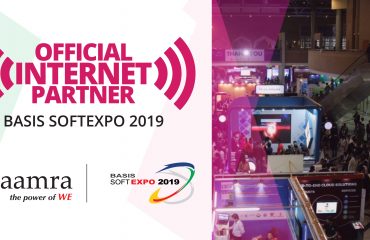 aamra is the Internet Partner for BASIS SOFTEXPO 2019 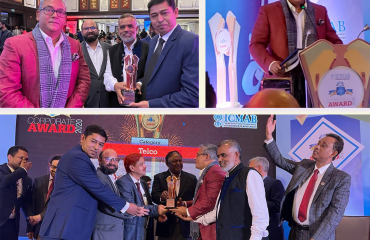 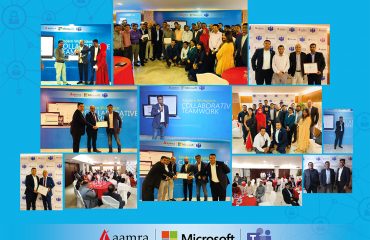